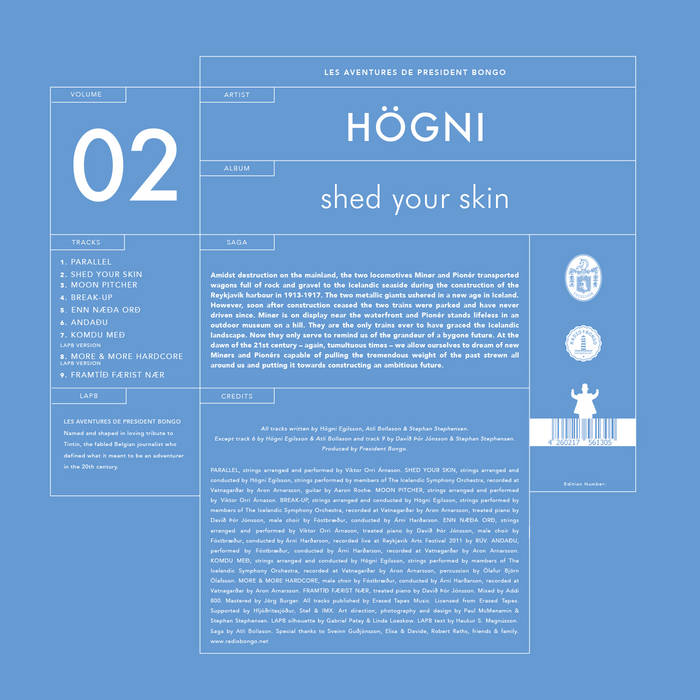 Amidst destruction on the mainland, the two locomotives Minør and Pionér transported wagons full of rock and gravel to the Icelandic seaside during the construction of the Reykjavík harbour in 1913- 1917. The two metallic giants ushered in a new age in Iceland. However, soon after construction ceased the two trains were parked and have never driven since. Minør is on display near the waterfront and Pionér stands lifeless in an outdoor museum on a hill. They are the only trains ever to have graced the Icelandic landscape. Now they only serve to remind us of the grandeur of a bygone future. At the dawn of the 21st century – again, tumultuous times – we allow ourselves to dream of new Minørs and Pionérs capable of pulling the tremendous weight of the past strewn all around us and putting it towards constructing an ambitious future.