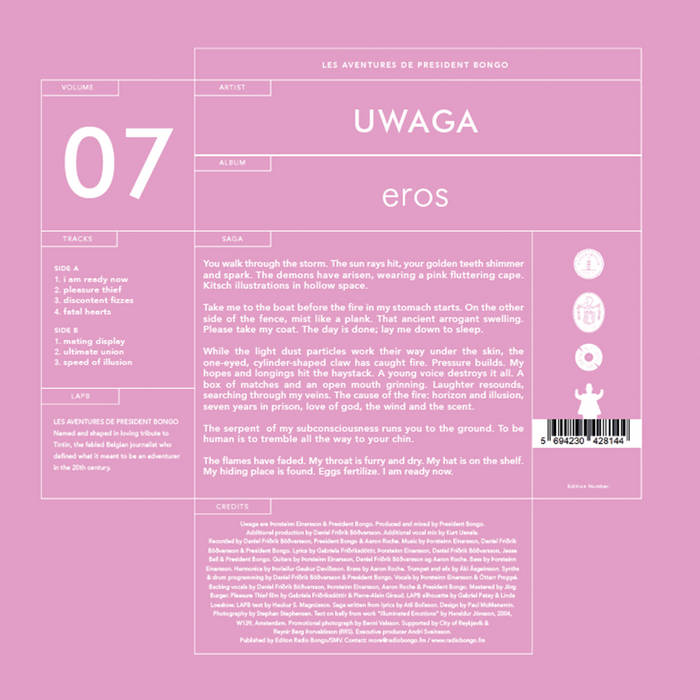 You walk through the storm. The sun rays hit; your golden teeth shimmer and spark. The demons have arisen, wearing a pink fluttering cape. Kitsch illustrations in hollow space.

Take me to the boat before the fire in my stomach starts. On the other side of the fence, mist like a plank. That ancient arrogant swelling. Please take my coat. The day is done; lay me down to sleep.

While the light dust particles work their way under the skin, the one-eyed, cylinder-shaped claw has caught fire. Pressure builds. My hopes and longings hit the haystack. A young voice destroys it all. A box of matches and an open mouth grinning. Laughter resounds, searching through my veins. The cause of the fire: horizon and illusion, seven years in prison, love of god, the wind and the scent.

The serpent of my subconsciousness runs you to the ground. To be human is to tremble all the way to your chin.

The flames have faded. My throat is furry and dry. My hat is on the shelf. My hiding place is found. Eggs fertilize. I am ready now.

Les Adventures de President Bongo is a unique work that will reveal itself over the next seven years, give or take, in the form of 24 LP's.
Named and shaped in loving tribute to Tintin, the fabled Belgian journalist who defined what it meant to be an adventurer in the 20th Century.

Supported by City of Reykjavík.